As LGBTQ+ Book Month is coming to an end, we remember 3 books that shook things up!

I was in a book slump before reading this first novel and if you are too here is what you can do.

I tried number 7 from 8 steps on how to start reading (again) and I joined a book club with some really interesting people in it.

You can join too if you are interested you can click on that —> Bookclubz. We did our first meeting on May but you can still join if you like.

Τhe first book I am going to present to you, I read it a couple of weeks ago, everyone in the book community was talking about it. I love to say “book community” like we are Illuminati or something.

Disclaimer: There are spoilers ahead! Also this is the first time I am writing a review in a blog. I hope I get better in the future. You can check my Goodreads page for short reviews.

This is my point of view and it is always open for discussion. Feel free to contact me if you like.

The song of Achilles by Madeline Miller 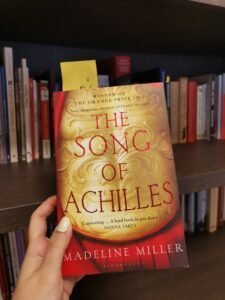 The song of Achilles by Madeline Miller

We are following young Patroclus as he is exiled to the kingdom of Phthia where he meets king Peleas and his son Achilles. The two young men, despite their differences, become friends and while they grow and become skilled in the arts of war and medicine, their friendship blossoms into something deeper. When Achilles is summoned to go to war in distant Troy to fulfill his destiny, Patroclus goes with him not knowing that the next years will test everything the two men know and hold dear.

My POV (Point of View)

The song of Achilles was a very interesting reading for me because it is about a myth I was very familiar with. Through Miller’s writing, the story takes a breath of fresh air. The writer treated a myth told many centuries ago with respect and consistency. One interesting factor was that it is narrated from the side of Patroclus and that gives the story a really humane approach. The deep love Achilles and Patroclus share for one another brings something exciting to the story. They start as friends but it is clear that when they visit Chiron the Centaur to teach them to fight in war (Achilles) and heal the injured (Patroclus) that sentiment transforms into a love so pure, they only want the other person to be safe and loved. I don’t know if it was the hype from the book community but I was desapointed a little because maybe I was expecting too much from this book. I wanted to see a twist maybe something I wasn’t expecting from the actual myth. The ending was so beautifully written. 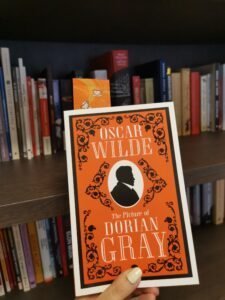 Dorian Grey is having his picture painted by Basil Hallward, who is charmed by his looks. But when Sir Henry Wotton visits and seduced Dorian into the worship of youthful beauty with an intoxicating speech, Dorian makes a wish he will live to regret: that all marks of age will now be reflected in the portait rather than on Dorian’s own face. The stage is now set for an masterful tale about appearance, reality, art, life, truth, fiction and the burden of conscience.

I first read this novel when I was in adolescence and it made an impact on me. I just loved the concept of this idea of the transformation of the portait. I had to reread it recently to remember this allegory and really understand it. From almost the beginning of this book it is clear that the eyes of society are on this beautiful young boy. They try to create an image for him and project their fears on him. I believe that any young person growing up has to put up with these kinds of behaviours and it is a miracle more people are not turning “evil” in order to maintain their sanity. The book explores many interesting concepts but one I really enjoy is at the end of the book. After all the awful things Dorian commited, he wants to repent himself but only to see his portait turn into his first image. He is doing good things only to get something in return and that kind of thinking really is not going to save him. I loved the ending and found it so poetic that after Dorian’s death the portait turned into his first image.

The Hours by Michael Cunningham 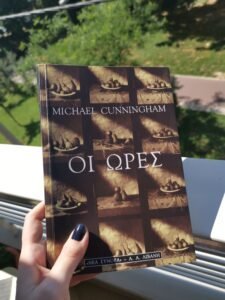 The Hours by Michael Cunningham

The novel of Cunningham is set in three different time periods and all three are linked to Virginia Woolf. The prologue describes in a precise manner the way Virginia Woolf took her own life. In the chapters the three stories unfold: “Mrs. Woolf,” about Virginia’s own struggle to find an opening for Mrs. Dalloway in 1923; “Mrs. Brown,” about one Laura Brown’s efforts to escape, somehow, an airless marriage in California in 1949 while, coincidentally, reading Mrs. Dalloway; and “Mrs. Dalloway,” which is set in 1990s Greenwich Village and concerns Clarissa Vaughan’s preparations for a party for her gay–and dying–friend, Richard, who has nicknamed her Mrs. Dalloway.

“The Hours” was a working title Virginia Woolf gave to her famous novel Mrs. Dalloway. It just made perfect sense for Cunningham to name his novel after that working title. He manages to combine the three story lines perfectly. After reading this novel I wanted to get to know Virginia Woolf and her work. She is my favorite author at the moment. The three characters share so many common situations eventhough they are in different places and timelines. The writer creates a portal for one another in order to jump from one storyline to the other. I find it rare for a male author to be able to speak through a so distinguished female voice as the one of Virginia Woolf’s. He managed to pull it off successfully.

“What a thrill, what a shock, to be alive on a morning in June, prosperous, almost scandalously privileged, with a simple errand to run.”
― Michael Cunningham, The Hours

Thank you for reading!

What do you think? Have you read any of these books? Did you like them?

Thank you writingexplained.org, sparknotes.com and publishersweekly.com for helping me sum up the main themes. 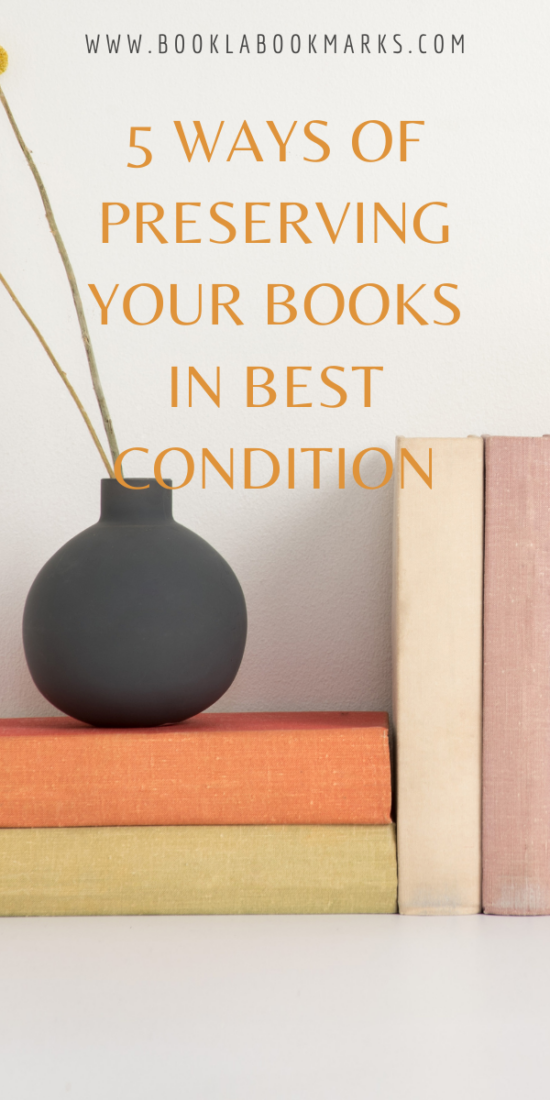